Hey Readers of the Altcoingazette.com, it is time for our weekly add for
the .999 Silver Bullion products that I manufacture here in the Good Old
U.S.A.! These products that I sell on Ebay are made right here in the
Good Old U.S.A., are Great Holiday Gift ideas and also helps support the
Altcoingazette.com! Here is an Ebay Link for your use, Thank You
So Much for Supporting us! Great Hedge against Inflation and Hyperinflation!

NEW YORK (AP) — It took less than a week for FTX to go from the third-largest cryptocurrency exchange in the world to bankruptcy court.

The embattled cryptocurrency exchange, short billions of dollars, sought bankruptcy protection after the exchange experienced the crypto equivalent of a bank run. FTX, the hedge fund Alameda Research, and dozens of other affiliated companies filed a bankruptcy petition in Delaware on Friday morning. FTX US, which originally was not expected to be included in any financial rescue, was also part of the company's bankruptcy filing.

CEO and founder Sam Bankman-Fried has resigned, the company said. Bankman-Fried was recently estimated to be worth $23 billion and has been a prominent political donor to Democrats. His net worth has all but evaporated, according to Forbes and Bloomberg, which closely track the net worth of the world's richest people.

“I was shocked to see things unravel the way they did earlier in the week,” Bankman-Fried wrote in a series of posts on Twitter.

FTX's unraveling is causing ripple effects. Already companies that backed FTX are writing down their investments. Politicians and regulators are ramping up calls for stricter oversight of the crypto industry. And this latest crisis has put pressure on the prices of bitcoin and other digital currencies. The total market value of all digital currencies dropped by about $150 billion in the last week, according to CoinMarketCap.com.

FTX's failure goes beyond finance. The company had major sports sponsorships as well, including Formula One racing, a sponsorship deal with Major League Baseball as well as a sports arena in Miami. Mercedes said it would remove FTX from its race cars starting this weekend.

Bankman-Fried has other problems as well. On Thursday, a person familiar with the matter said the Department of Justice and the Securities and Exchange Commission were looking into FTX to determine whether any criminal activity or securities offenses were committed. The person could not discuss details of the investigations publicly and spoke to The Associated Press on condition of anonymity.

The investigation is centered on the possibility that FTX may have used customers’ deposits to fund bets at Alameda Research. In traditional markets, brokers are expected to separate client funds from other company assets. Violations can be punished by regulators. Financial company MF Global effectively failed for a similar practice roughly a decade ago when it intermingled client assets with its own bets.

In its bankruptcy filing, FTX listed more than 130 affiliated companies circled around the globe. The company valued its assets between $10 billion to $50 billion, with a similar estimate for its liabilities. The company appointed as its new CEO John Ray III, a long-time bankruptcy litigator who is best known for having to clean up the mess made after the collapse of Enron.

FTX's bankruptcy is certainly to be one of the most complicated bankruptcy cases in years. The company listed more than 100,000 creditors on its filing, and with all of its customers effectively being creditors because they deposited their funds with FTX, it will take months to sort out who is owed what, bankruptcy lawyers said. Cryptocurrencies have no protections under law, and politicians on both sides of the aisle issued statements opposing any Lehman Brothers-like bailout for crypto investors.

“Unlike a case where there's (securities insurance in the failure of a brokerage) or where the FDIC steps in with a bank failure, these customers are totally exposed,” said Daniel Besikof, a partner at Loeb & Loeb LLP who specializes in bankruptcy law.

FTX had agreed earlier this week to sell itself to bigger rival Binance after experiencing the cryptocurrency equivalent of a bank run. Customers fled the exchange after becoming concerned about whether FTX had sufficient capital.

The crypto world had hoped that Binance, the world’s largest crypto exchange, might be able to rescue FTX and its depositors. However, after Binance took a look at FTX's books, it concluded that the smaller exchange’s problems were too big to solve and backed out of the deal.

FTX is the latest in a series of cascading disasters that have shaken the crypto sector, now under intense pressure from collapsing prices and circling financial regulators. Its failure is already being felt throughout the crypto universe.

On Thursday, the venture capital fund Sequoia Capital said Thursday it is writing down its total investment of nearly $215 million in FTX.

The cryptocurrency lender BlockFi announced on Twitter late Thursday that it is “not able to do business as usual” and pausing client withdrawals as a result of FTX's implosion.

In a letter posted to its Twitter profile late Thursday, BlockFi — which was bailed out by Bankman-Fried’s FTX early last summer — said it was “shocked and dismayed by the news regarding FTX and Alameda.” 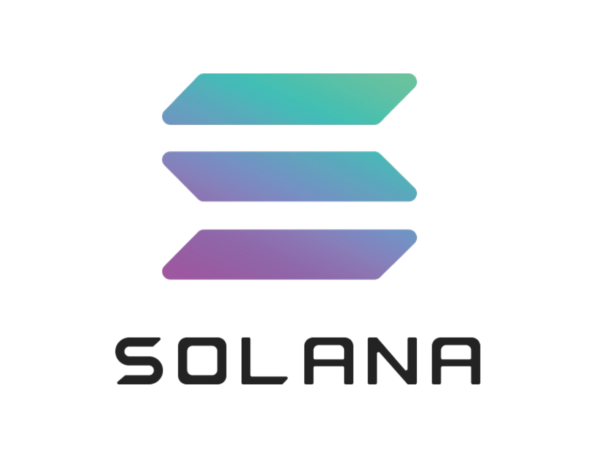 Readers, take a look at the the price dip in Solana,
SOLUSD off -56% in the last 7 days alone!

Ok, Readers, as many of you know I have been purchasing many of
the gold mining stock below, many of my positions in such
are up as much as +50% in the last week alone!

Counter trend, I know what you are thinking,
why counter Trend. I like to Hedge in the precious metals markets.
approx. 30% of my net worth is in .999 silver bullion, in physical Amsec
safes. No I am not a silver or gold bullion bug, I just like to survive,
to come back and fight another day...I always come back to be in
the fight. Thinking and acting like this has saved my bacon so many times,
that you wouldn't believe it.

I use the GLD and or SLV ETF to only give me a trend read
I don't invest\speculate in GLD or SLV ETF, these are not pure commodity
plays, from my perspective, I just use them to get a read on market trend\s etc.
Here is a link for your review, so that you can see my Trend Read on such:
https://www.barchart.com/etfs-funds/quotes/SLV/overview

Circa 9/1/2022, as this chart shows, this SLV indicator read -100 Sell Down Trend, then I begin to scale into silver\gold mining stocks on this list:
https://www.barchart.com
/investing-ideas/top-gold/stocks?
viewName=fundamental&orderBy
=percentChange5d&orderDir=desc

If I have to guess, I am up between +5,000% to +10,000% in my top 10 or so gold\silver mining stock\stonk shares, this happens to me all of the time, I always win in the capital markets, I no this sounds like I am bragging etc., I am not. Whew! I just kept pyramiding into my winning gold\silver stock positions, just like Jessie Livermore would have done so! My gold\silver stocks
represents approx. , now 15% of my entire stock\stonk portfolio.

Also, my energy stocks\stonks are also major winning trades for me, huge profits in all of these stocks\stonks in the last several months:

Just huge pyramid trades, Readers, up into the all of the oil stock\stonks, Keep adding to XOM, OXY, HES etc! In Hess I must be up +300% as I kept chasing my winners in Big Oil, Whew!

So now what, shall I do with all of my winning gold\silver stocks and all of my winning Big oil stocks\stonks? My plan is to keep on keeping on and continue to chase my winners and average up: Jessie Livermore famous quote: "A market is Never to High to Buy and never to Low to Sell because the "Trend" is Always my Friend"!


Tomorrow, 11/10/2022 we will have the October 2022 CPI numbers!
The gold stock \ stonk market suggest that CPI \ PPI comes in hot! Time will
tell. This happens to me all of the time, I always find myself in front of a
major market price move, this time gold \ silver mining stock, now what?
Do I buy more, Sell all or hold? I like adding to a winning position, with no
average down.

Here is a Barchart link, that shows most of the gold mining stocks
that I own, must be profitable, +4% dividend yield and a Great discount to
book value. Worked so far as I have been purchasing such over the
last several months. Lets see if we have a inflation pump in the works in
the a.m.!
https://www.barchart.com/
investing-ideas/top-gold/stocks?view
Name=main&orderBy=
percentChange5d&orderDir=desc

Gold Fields Ltd ADR (GFI) up +46% in the last five days alone for me!
My gold stock portfolio represents approx. 15% of my total stock
portfolio!


Not Investment Advice Ever...Opinion Only!